Did the usual of waking up, packing and having some breakie. Had some nice views of Lake Superior along the way. Made it to Lake Agnes where we decided to stop and have a quick dip. There was a lady camping here with a dog and she nor the dog would leave us alone. I kinda wanted to skinny dip as I didn’t want my boxers to be wet for days and almost just stripped down in front of her and jumped in (which looking back I probably should have) but decided to just go in my boxers. 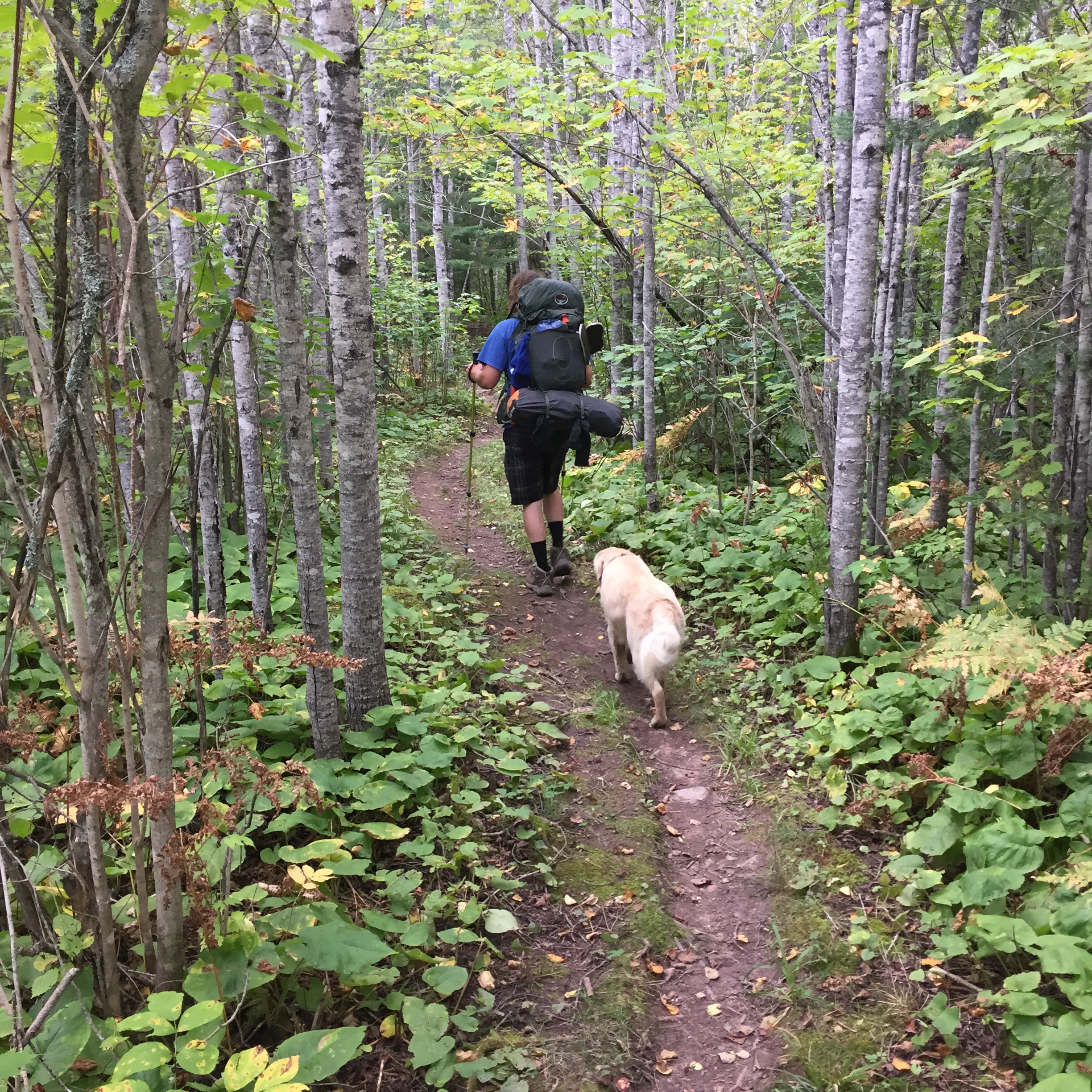 As soon as we got out it started to sprinkle so we got dressed and headed back on the trail. We were happy that it didn’t continue to rain and were stoked that Lutsen Mountain, a ski resort, was only a few miles away. Climbed to an amazing view of the lake and kept on going until we made it to Lutsen. 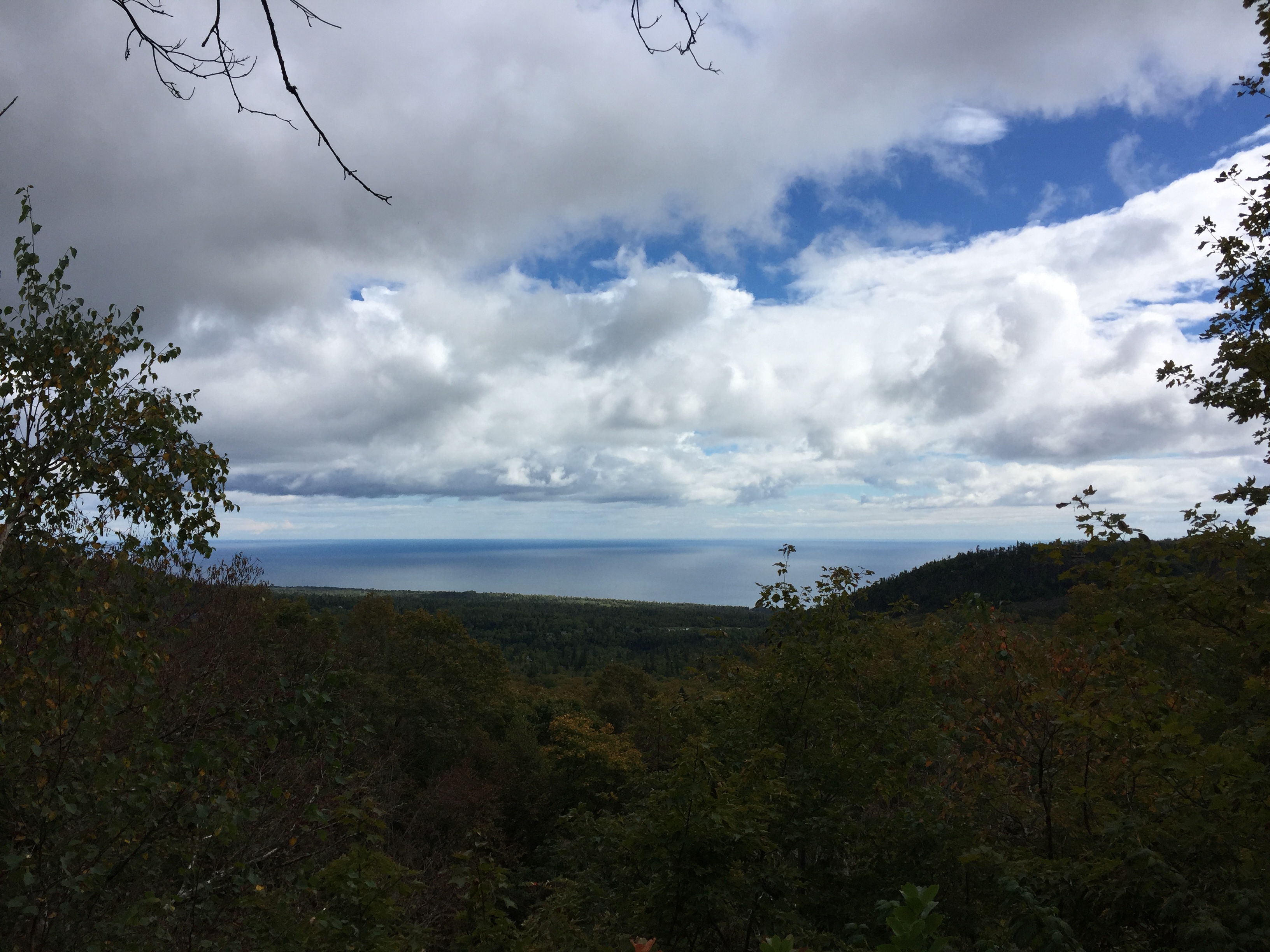 We decided it would be best to hike 1 mile further to set up tents before going to Papa Charlies for food and beer. It looked like it could rain any minute and we didn’t want to have to set up in the rain after the bar so it was a wise decision or so we thought…turns out it didn’t rain until early the next morning and the extra mile was all uphill which we now had to do twice.

After setting up camp we backtracked to Lutsen and found the bar and grill. When we arrived, the bartender said a couple were looking for us as they wanted to buy us a round! Turns out it was Jeremy and Vanessa who came back a bit later. So nice of them! They joined us for beers and burgers and we had great conversation for a few hours. They even offered to let us use their shower as they had rented a room for the night.

As a matter of fact, we actually ran into them as we were hiking into Lutsen as they were doing a day hike the opposite way which is why they knew we would be at the bar. We declined the shower as we had no clean clothes to change into. One of the best parts about the bar besides the fresh food and beer was that I was able to charge my phone for a couple hours and get it back to 50%!!! Yee haw.

We were at the bar from 6pm until about 11pm and then stumbled back to camp at the Mystery Mountain Campsite. Yes, it was 1 mile uphill but we didn’t seem to mind as we had full bellies and a wee bit of a buzz. After we made it to camp, soon afterwards it started to rain and continued most of the night.