When we woke up, all of us started packing our packs and we left just a little bit before Jeremy & Vanessa. And that would be the last we would see of them unfortunately. 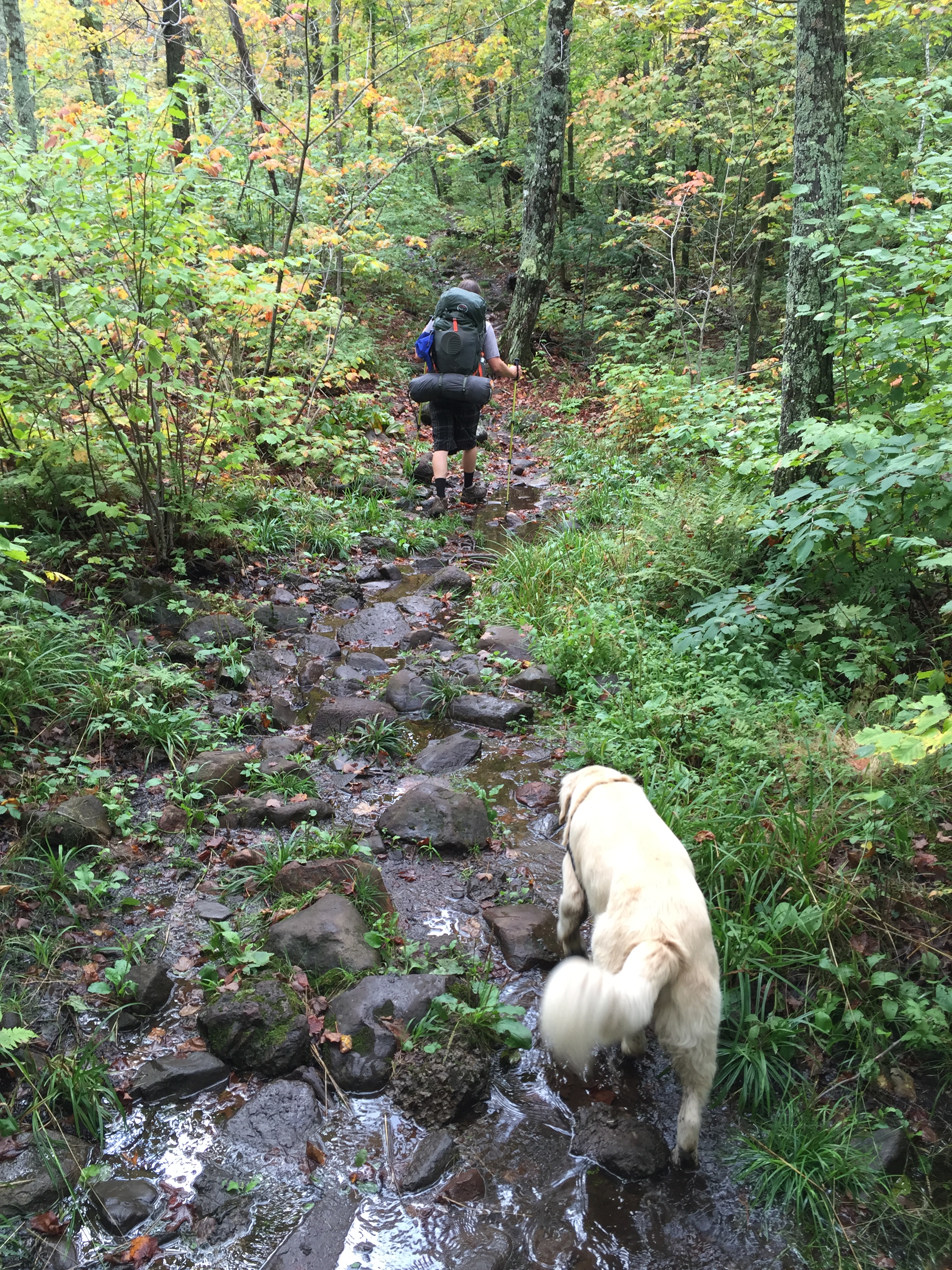 After crossing a beaver pond and a bunch of mushrooms we came to Britton Peak where we had another booze drop…gone wrong. Well it wasn’t that bad but the bottles were laid on their side and apparently weren’t sealed tight enough so half of our booze had leaked out. Oh well. Shit happens and at least all of it didn’t leak out. 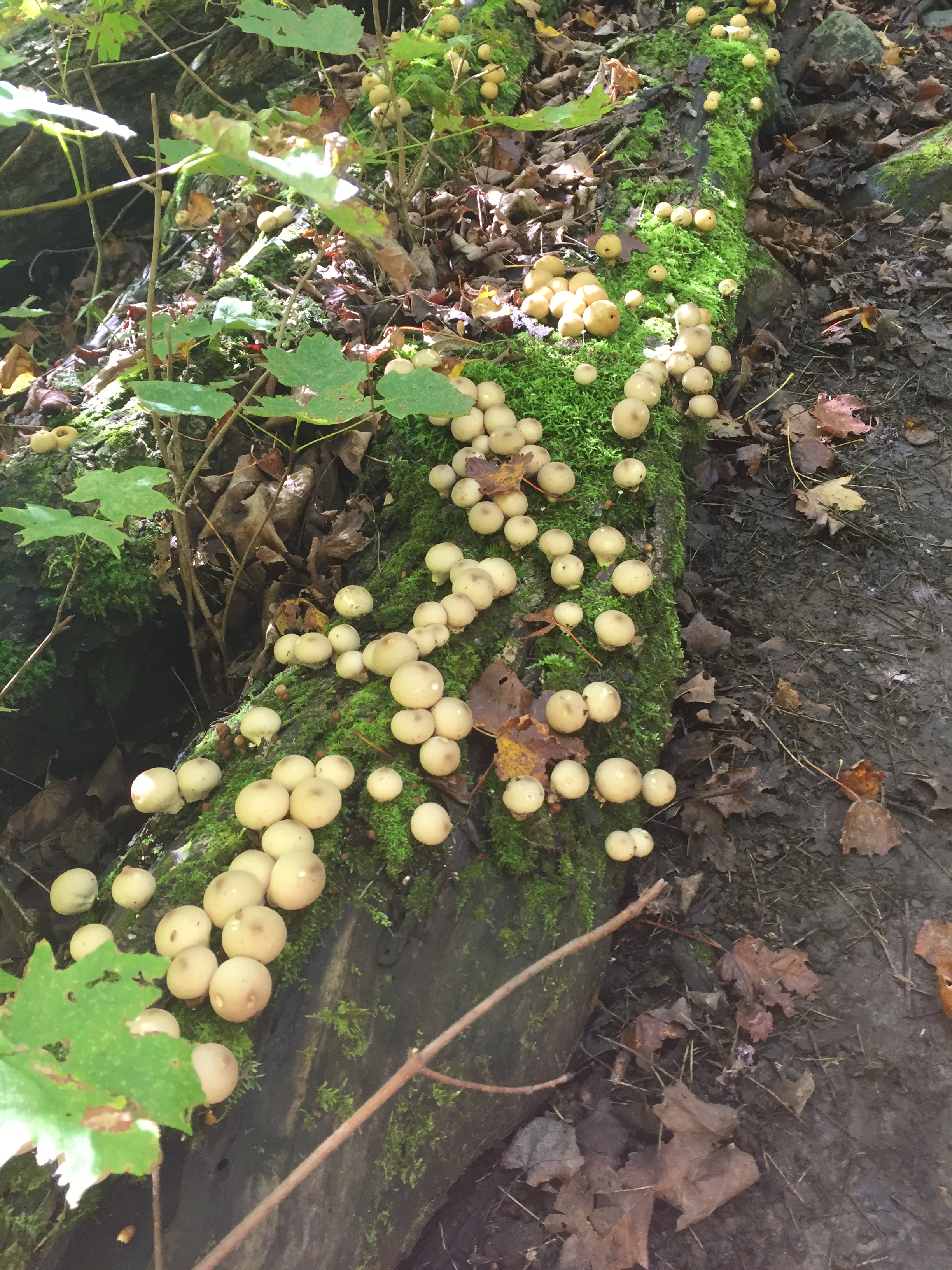 Next came Carlton Peak. We usually don’t do spur trails but decided to do this one to see the view. Glad we did cause it was pretty cool. Took a nice little break while we enjoyed the view and then continued on to Temperance River which was pretty cool with lots of waterfalls. 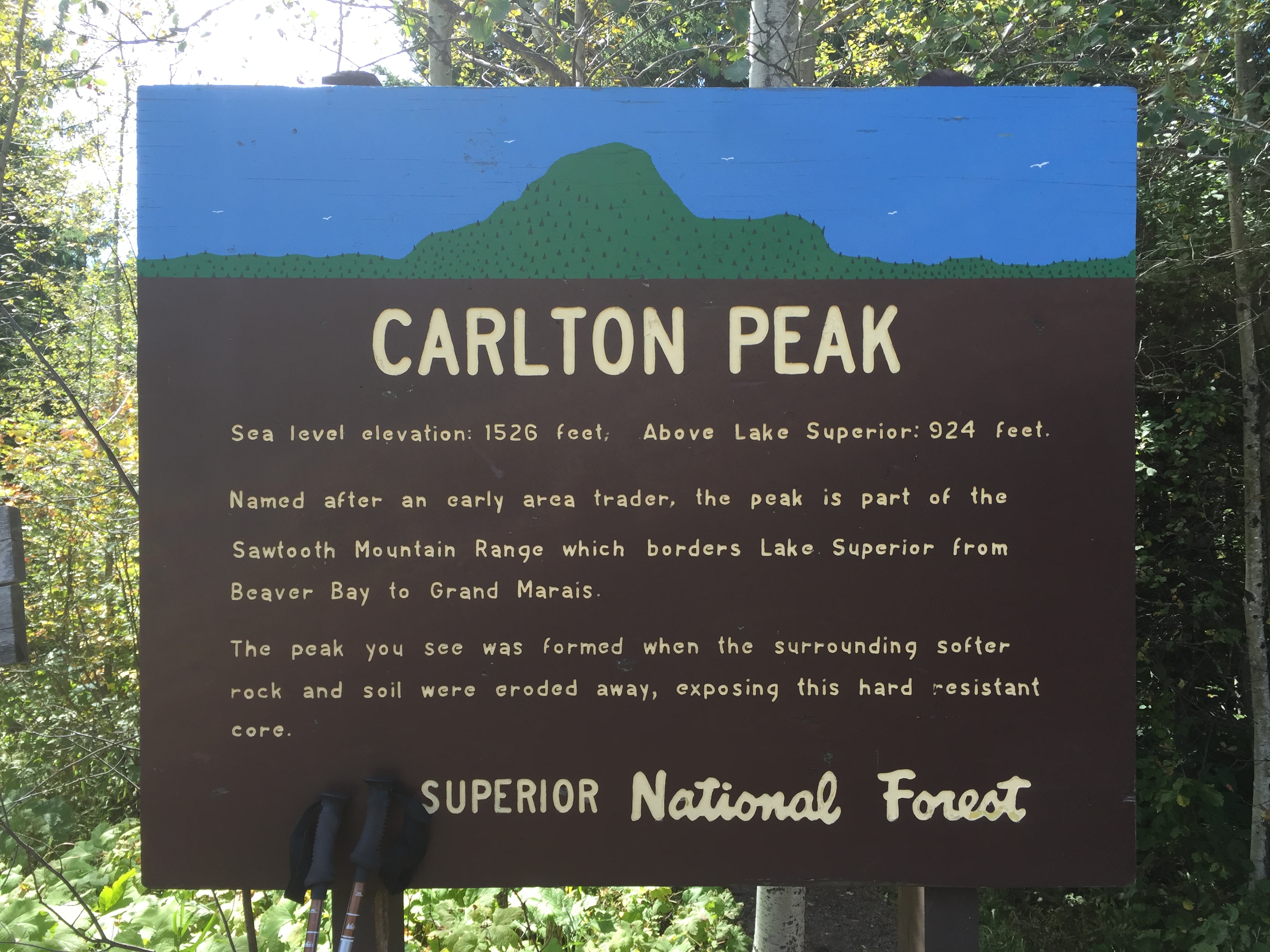 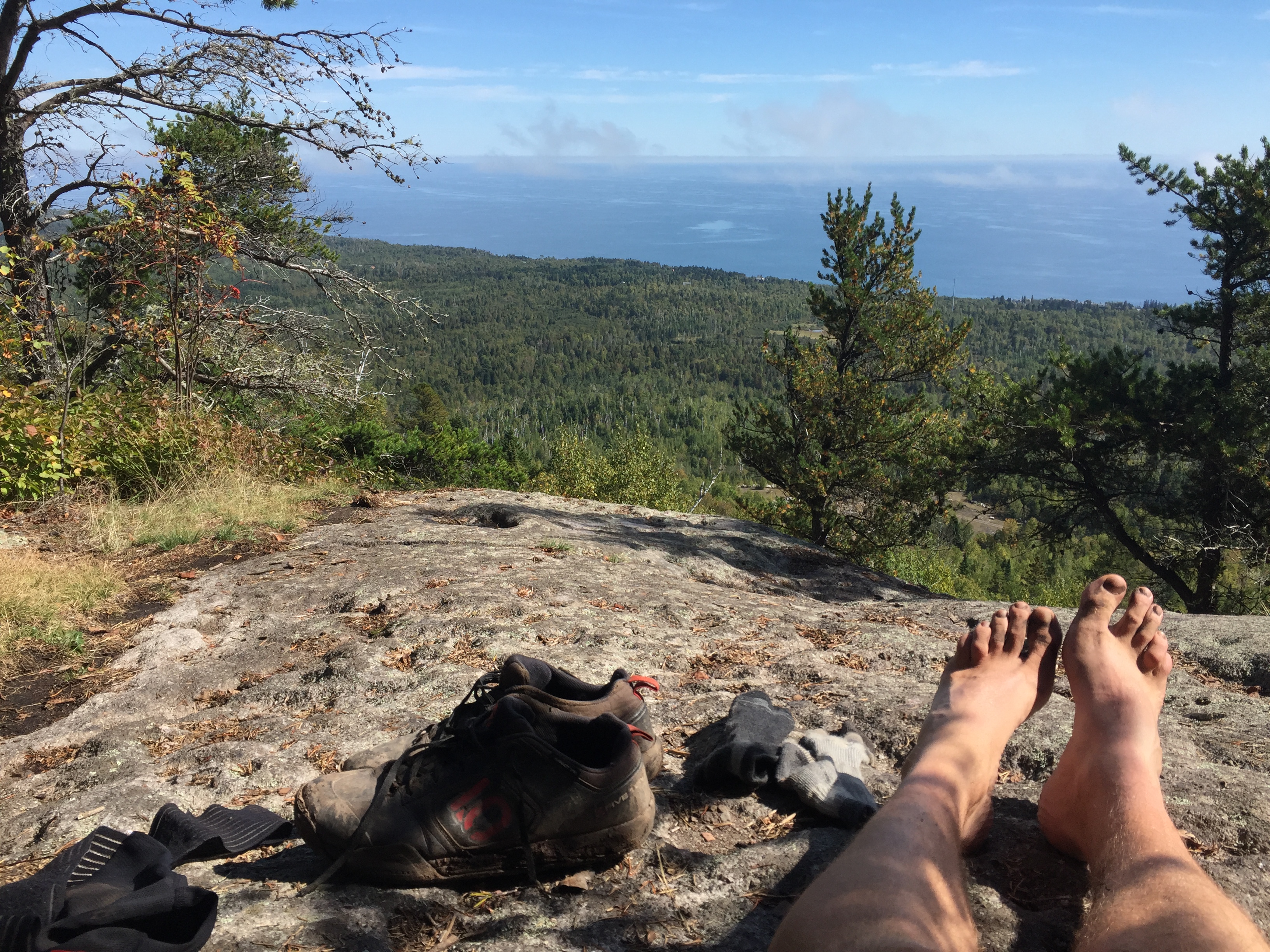 We ended up passing a bunch of school kids right before we came to our campsite at Cross River. This was a good thing cause the1st campsite was taken by a big group and we took the next one which was really cool as it was literally right next to the raging river. They had to hike another mile to the next one. Oh and 3 of them were carrying logs just for shits and giggles. Silly people.

After a game of Bocce, we had to have a fire as this was probably the coolest campsite yet especially the fire pit, which was only a few feet from the river. It sprinkled a bit on and off until eventually we decided to call it a night. 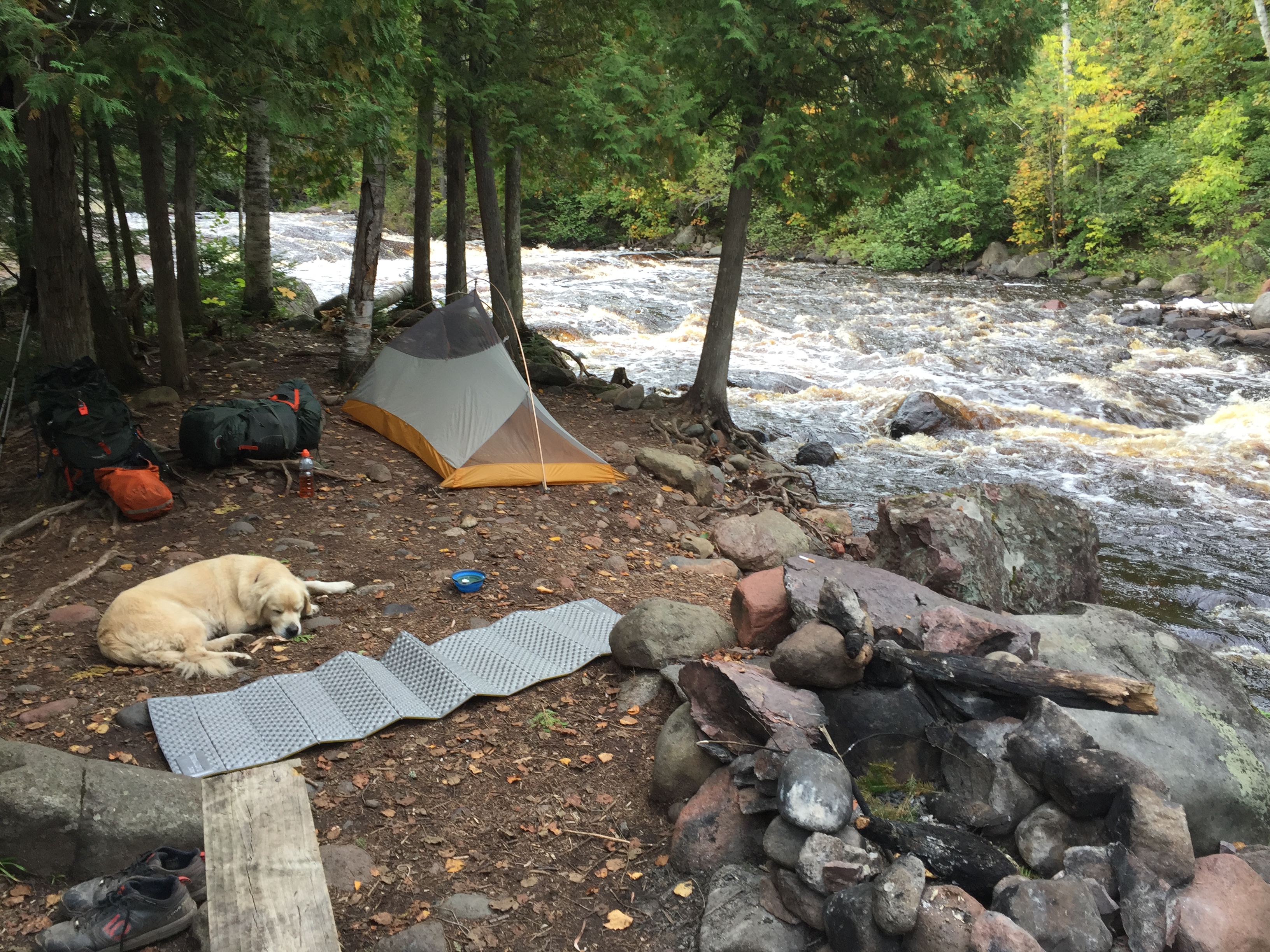 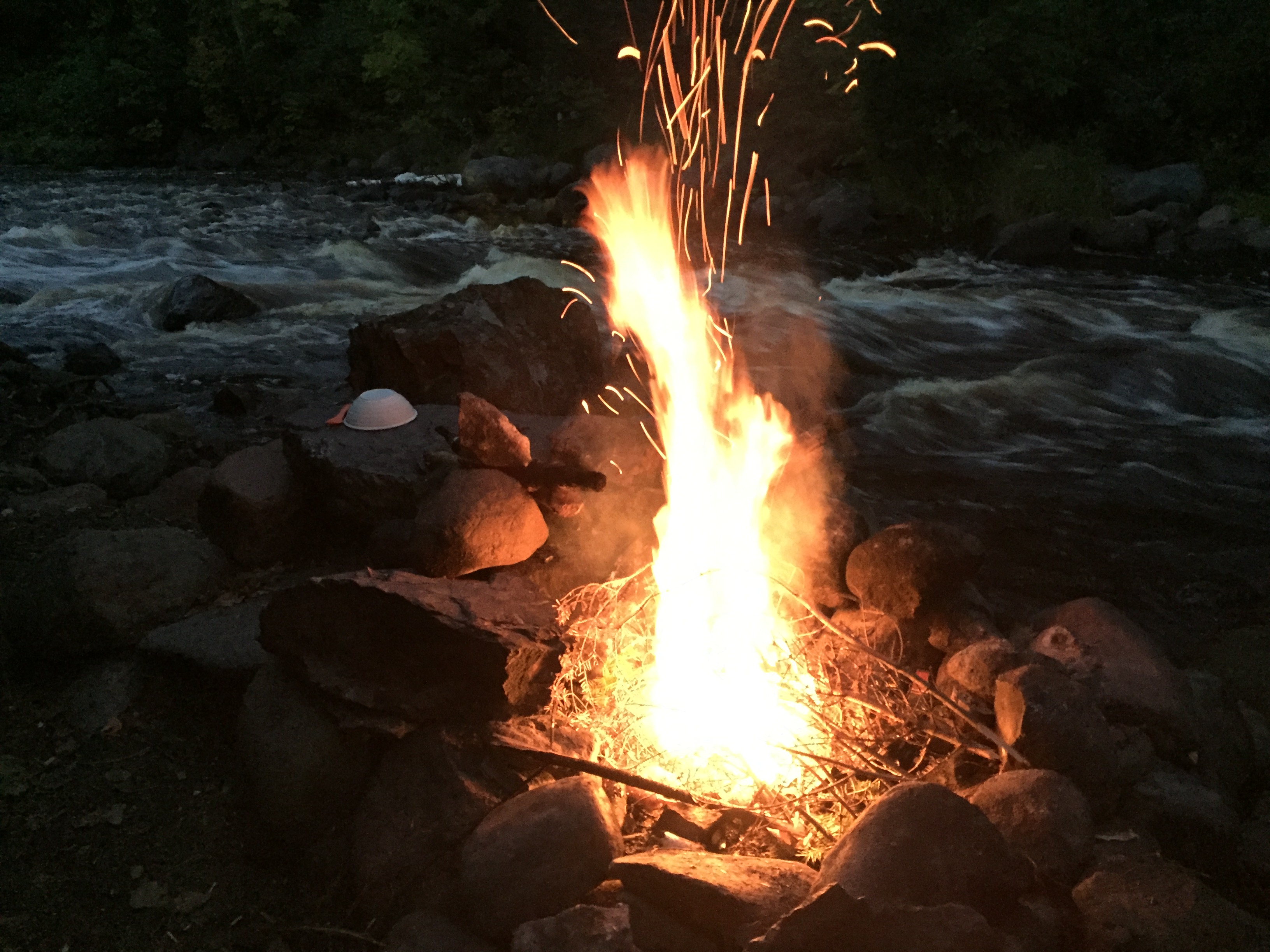