Let the adventure...aka 52 hours of driving to the start of the Superior Hiking Trail...begin. It all starts in Black Rock City at the last day of Burning Man (craziest and coolest festival I have ever been to) which they call Exodus. 70,000 people leave and all need to get onto a single lane highway…so the traffic is crazy…like 10 times worse than LA traffic during rush hour!. I ended up leaving at noon and it took 6 hours to drive 4 miles to get on the paved road from the salt flats of the desert. Crazy.

Now I was heading 8 hours south to LA to pick up my furry best friend, a golden retriever named MacGyver, from my ex's house in Hollywood. Kind of sucked that I would have to backtrack this as I pretty much had to turn around and drive back kind of the way I had just been. But I also needed to pick up my lost suitcase that had just been found and delivered to my unicycle family friends who lived in Fullerton…so I didn’t have much of a choice and had to just suck it up and drive.

I had used a shipping service called sendmybag.com to ship some of my stuff from PA to CA after performing at Musikfest. It should have arrived a week later but didn't turn up and I found out they lost it. I had over $5,000 worth of stuff in there including my Schlumpf Muni ($3,000 geared mountain unicycle) as well as my sleeping pad, camelback and my $400 custom made sleeping bag made to fit me perfectly. So I was pretty upset when they couldn't find it especially since I needed the last three things for the SHT. I was so happy when I found out they found it!

Drove until I got sleepy and pulled over and slept a couple hours in my home on wheels.

These were all the keys that were in the lost and found at Burning Man!!! 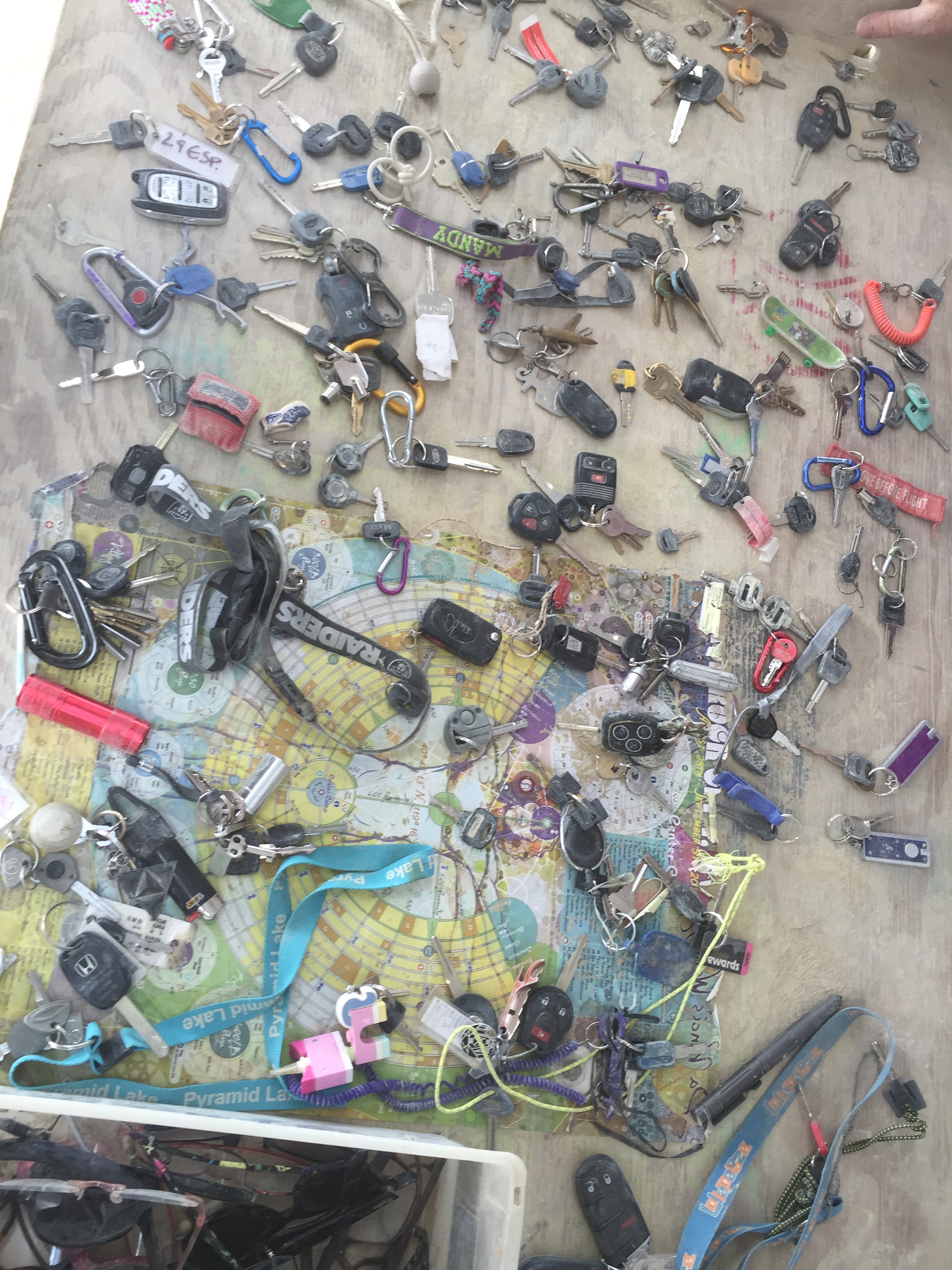