I didn't sleep that well as I was tossing and turning all night. Plus MacGyver took up a lot of my sleeping pad and tent…he’s a big dog! It was about 8:00am and Allie & Pop were cooking breakfast. 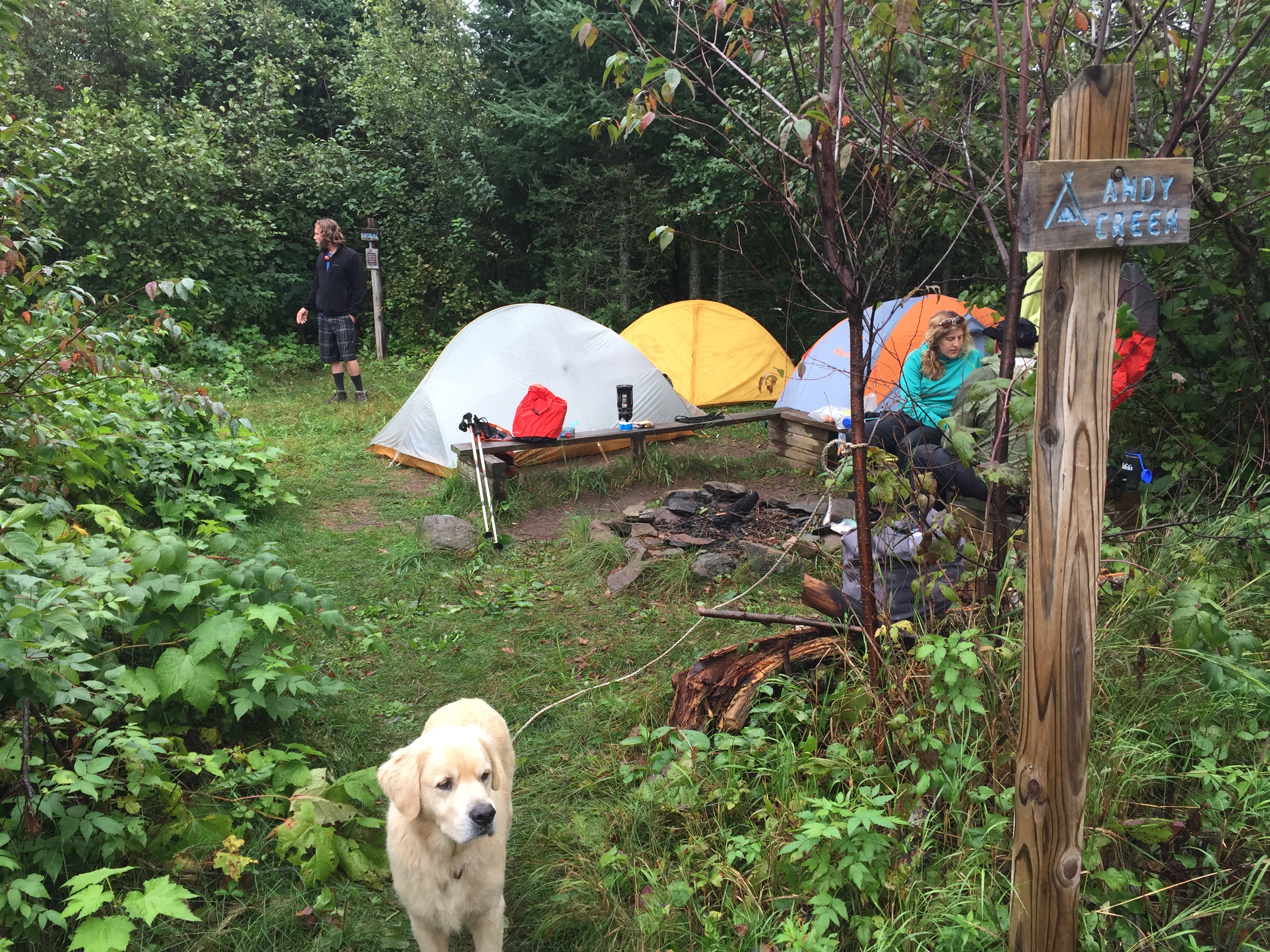 Chatted with them while we made breakfast and packed up our stuff. By about 9:30am we were ready to roll so we said goodbye to them and hit the trail...our first full day.

Free bone snack for MacGyver found on the trail. 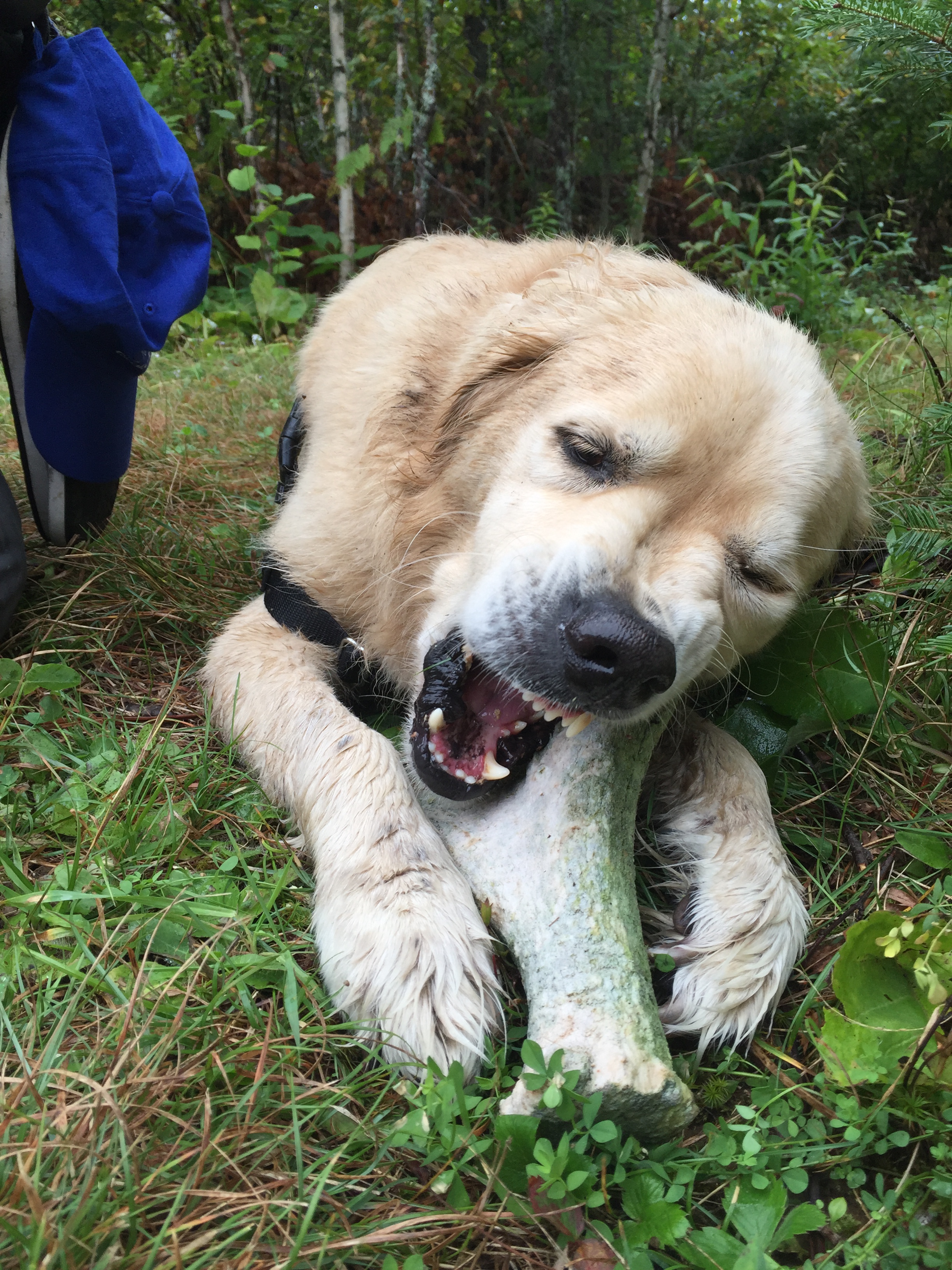 We made it to the highest point on the trail which was pretty uneventful as there was no view. But further on we were awarded with some great views including our first time being able to see Lake Superior. 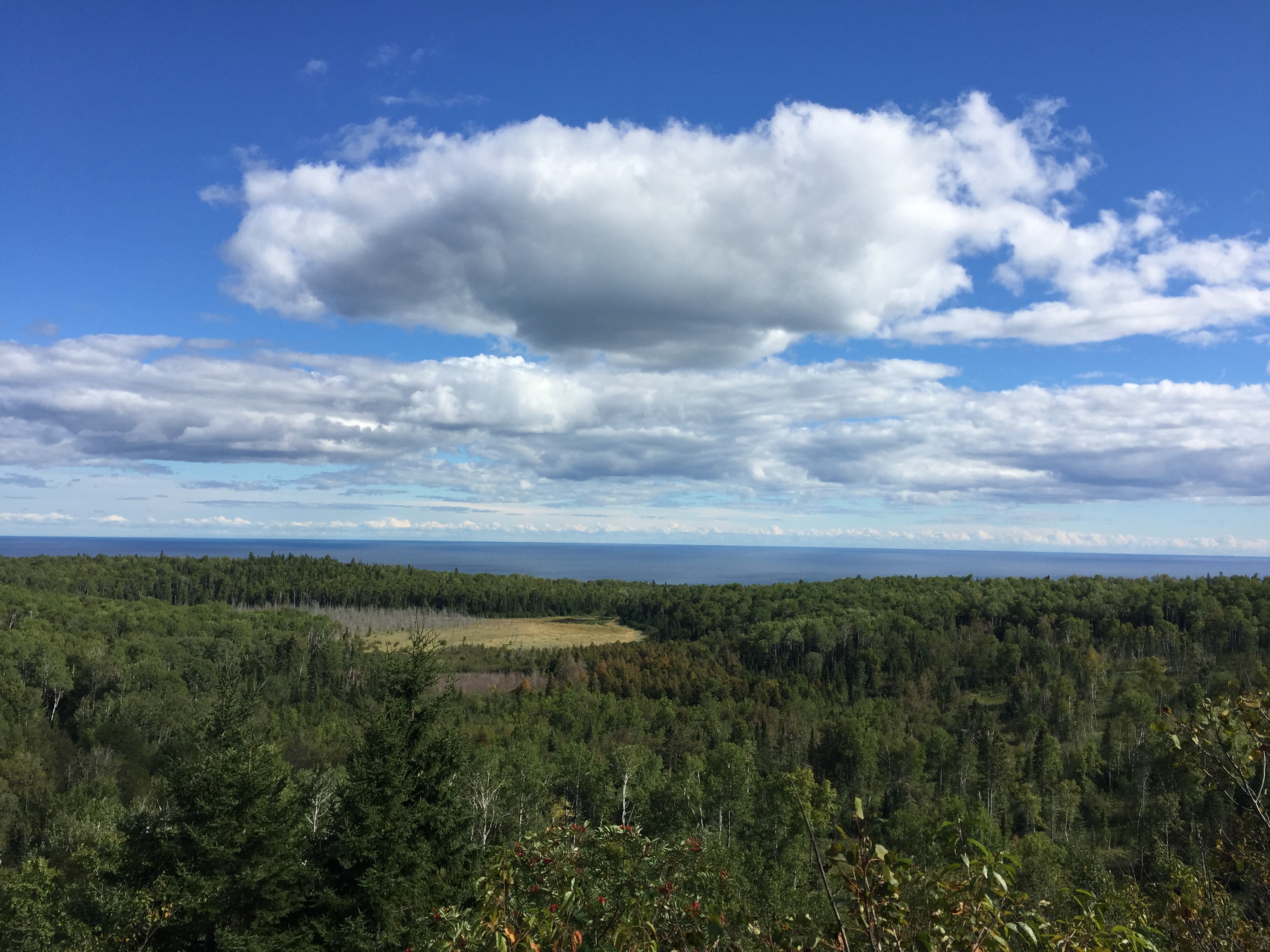 Considering it was our first day we were both doing pretty well and would take a break every 40-50 minutes. Decided to not overdo it the first day and decided to setup camp at Woodland Caribou Pond Campsite. 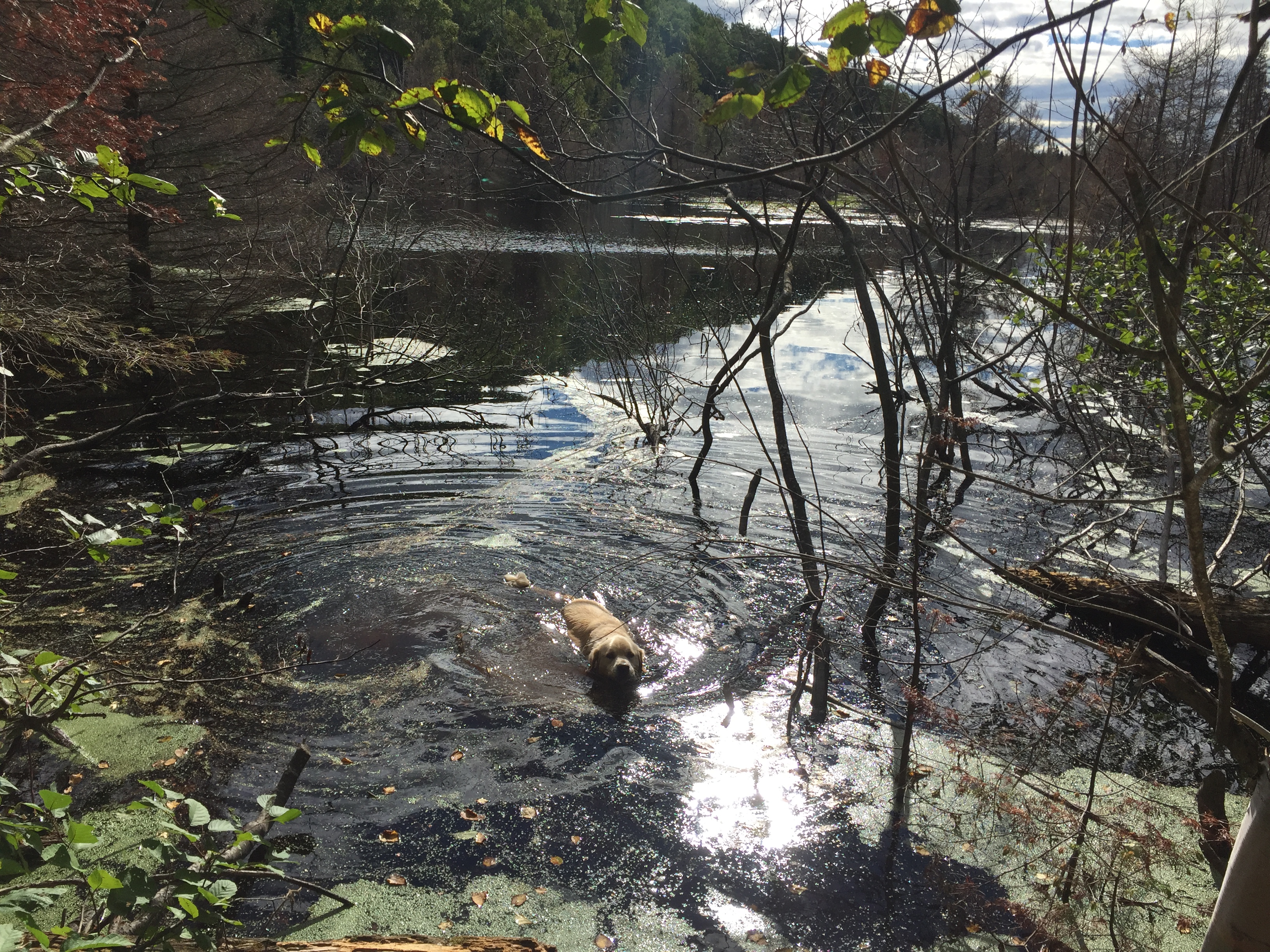 There were 3 brothers already camping here but we didn't (couldn't) go any further so found 2 ok spots for our tents. They already had a fire going so that was a bonus. Played some bocce ball, filled our water from the beaver pond...filtering it of course, made dinner, drank and sat around the fire talking with the three bros.

Yes we drank water out of this pond! 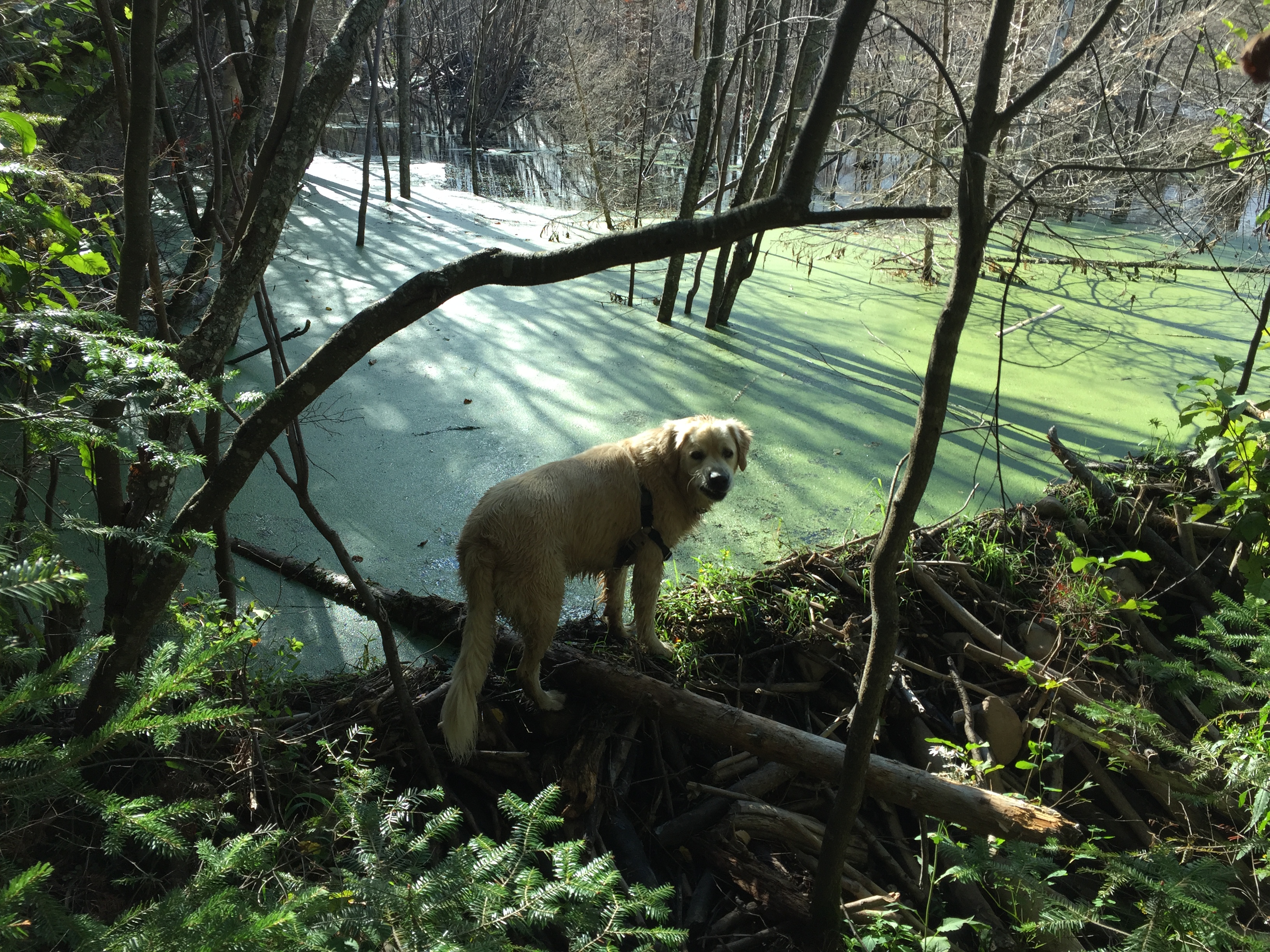 Turned out to be a pretty fun night but I eventually fell asleep on my sleeping pad around the fire (due to being exhausted and a bit drunk) so soon after I crawled into my tent.