Day 3: Will Puppy Dog Make It?

Slept much better the second night and felt so nice to rest our bodies. Both Ragged and I had very sore hips when we woke up and it hurt to put the packs on but we had to make it to our next camp so off we went. 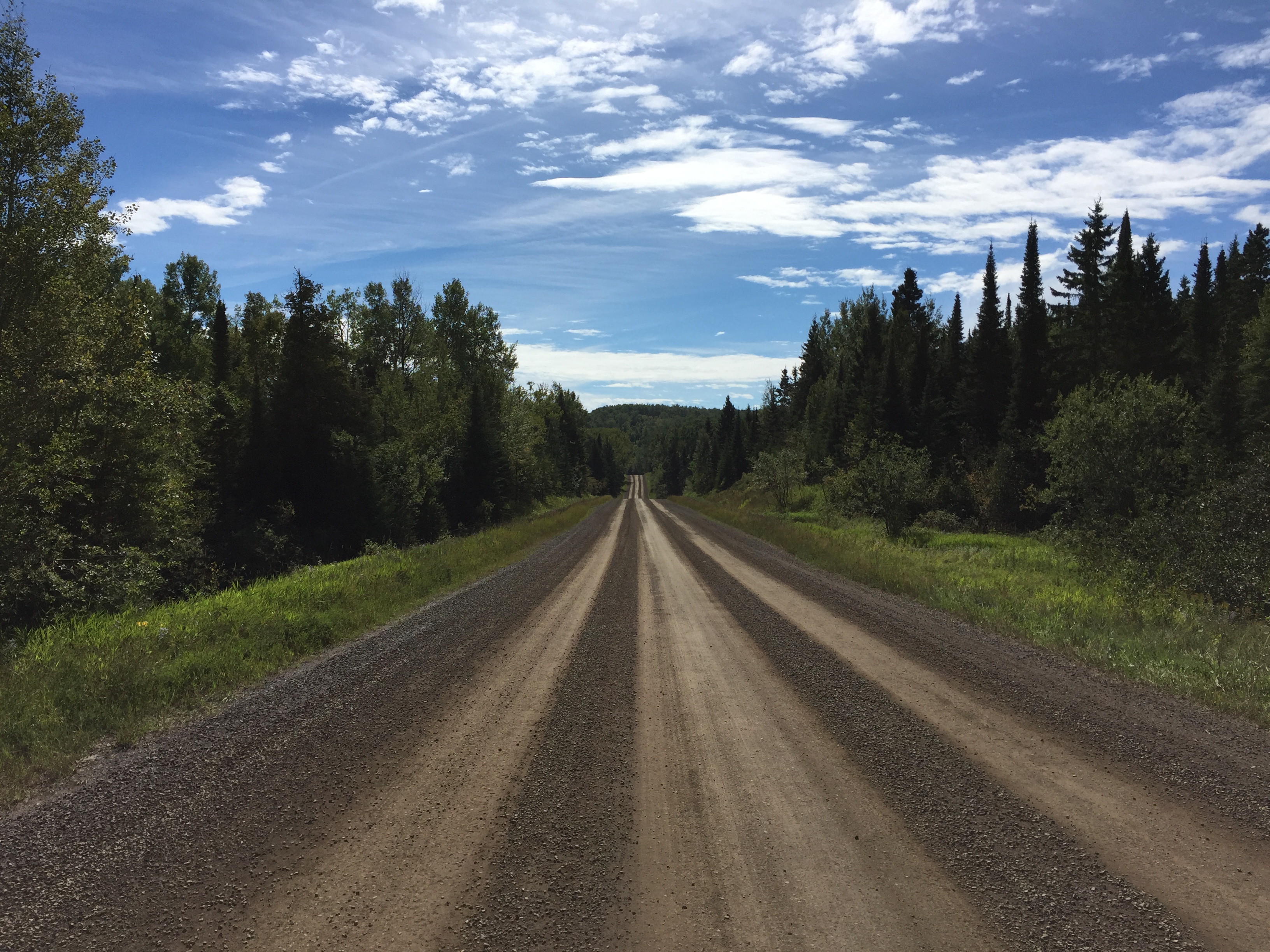 We were starting to get our trail legs and even though we were sore we could tell we were getting stronger. We also had an order down that worked pretty well. Ragged led, followed by MacGyver and I would be last. This worked great cause I could keep an eye on my dog to make sure he was doing ok and that he wasn't wasting energy by running off into the woods. 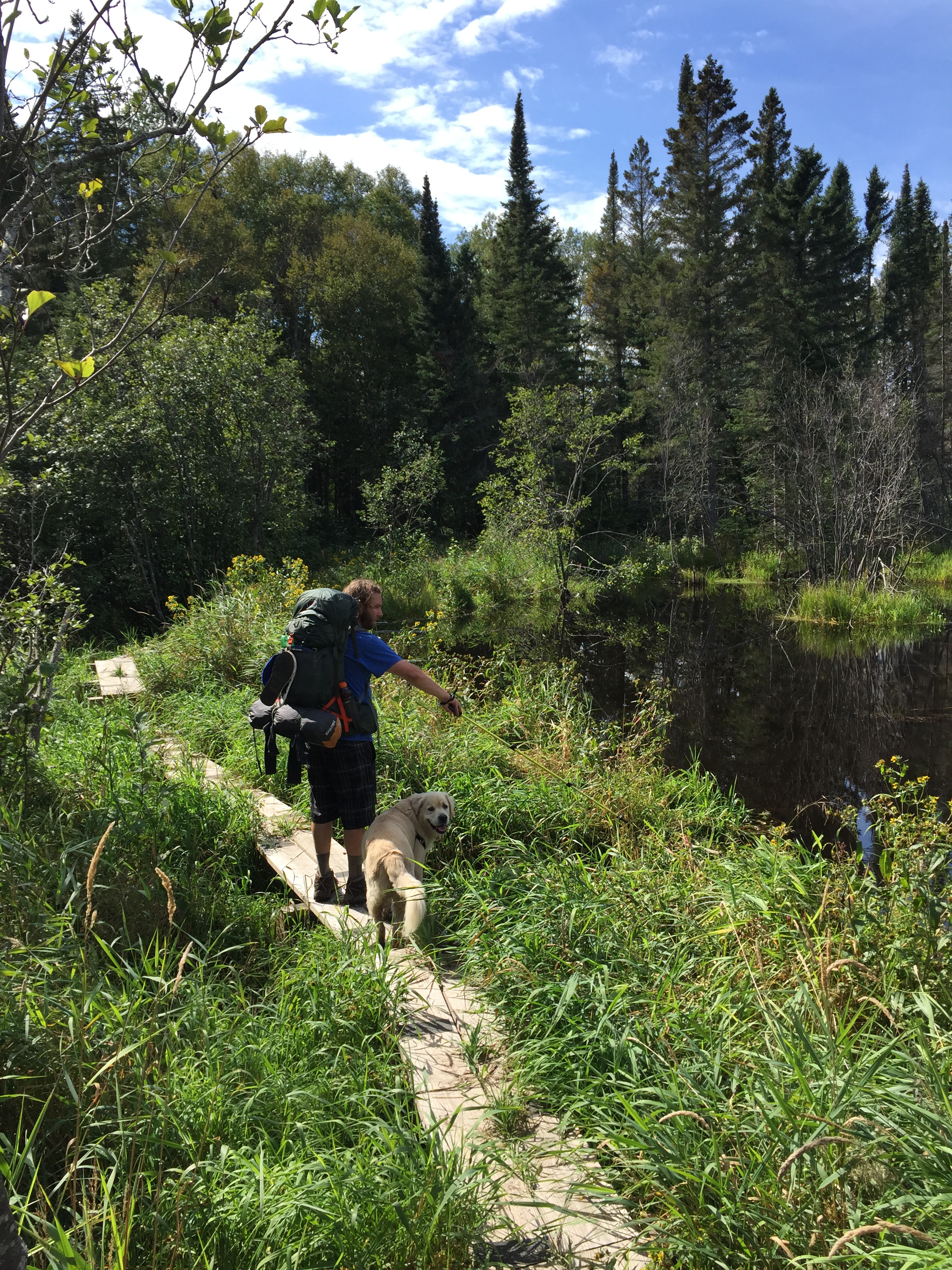 Months ago I was very concerned that this might be too much and too hard for MacGyver and was debating if I should bring him or not. With proper training it would be fine for him but without it, he could struggle. I was happy when my ex said she would help train him beforehand and walk him more each day (and I’m sure he was happy too!).

So far, he was exhausted by the end of each day but was doing well. I was especially worried about his paws so kept a close eye on them. That’s a long ways to walk barefooted. 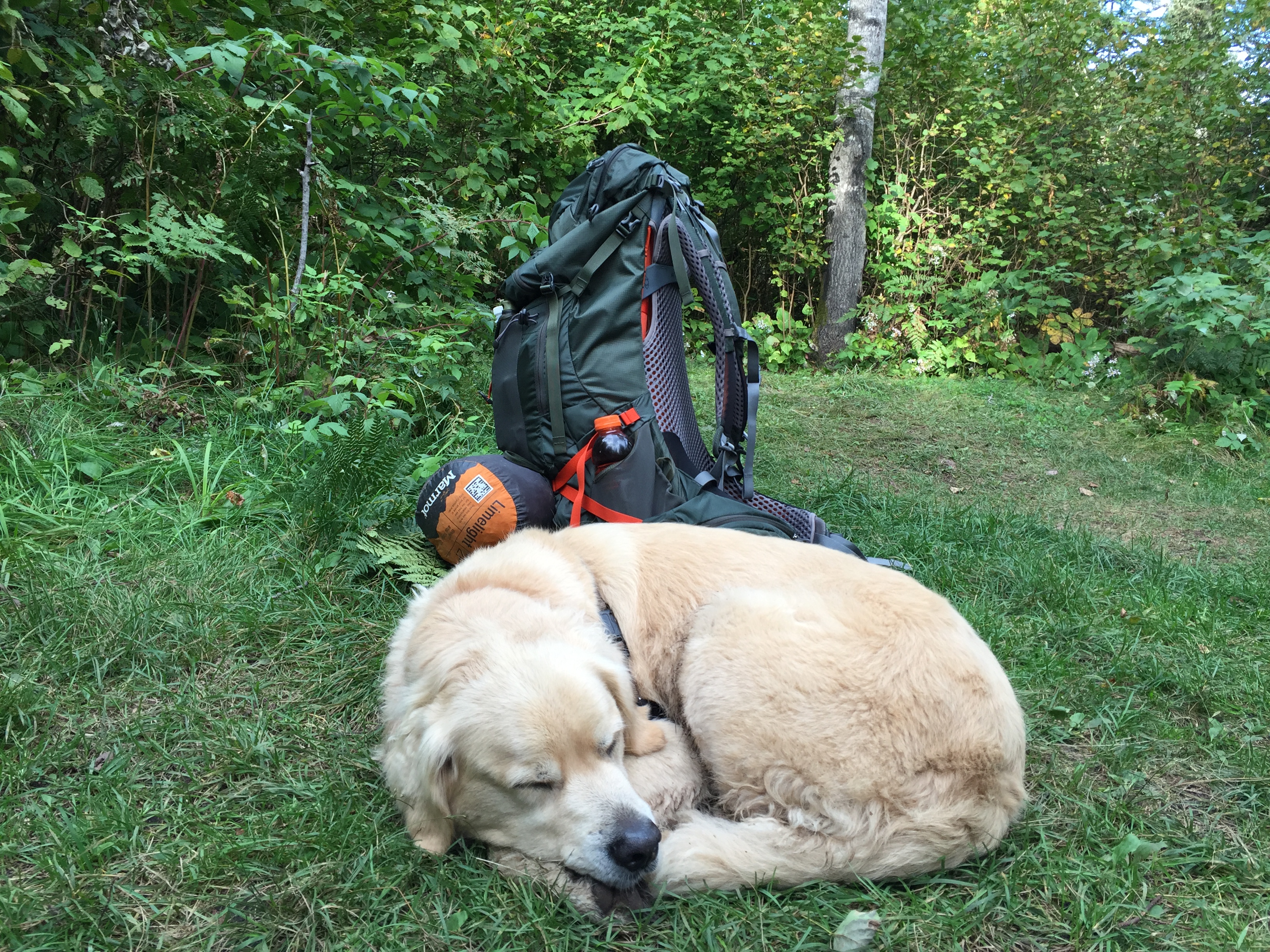 Along the day today we ran into Jeremy and Vanessa. They are married and we stopped at a creek with them and chatted for a bit. They had spare food and gave us some delicious dried mango.

Continued on and the rest of the day was pretty uneventful until we made it to Hazel Campsite. We were both so ready to call it a day so we setup camp and gathered firewood. And a fire we had. A huge one in fact! 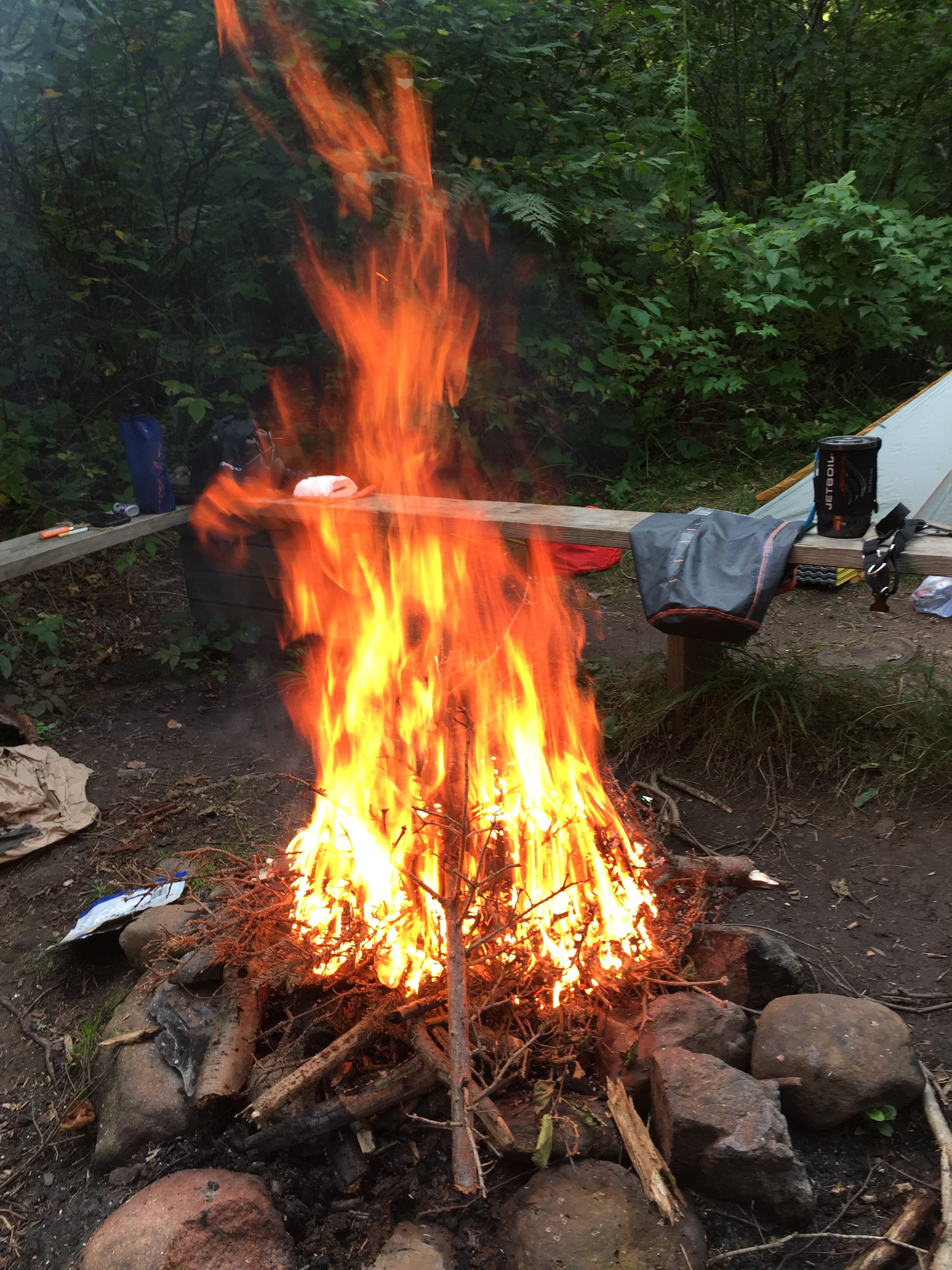 Drank the rest of our fireball we had left and eventually made it to our tents for some zzz's. 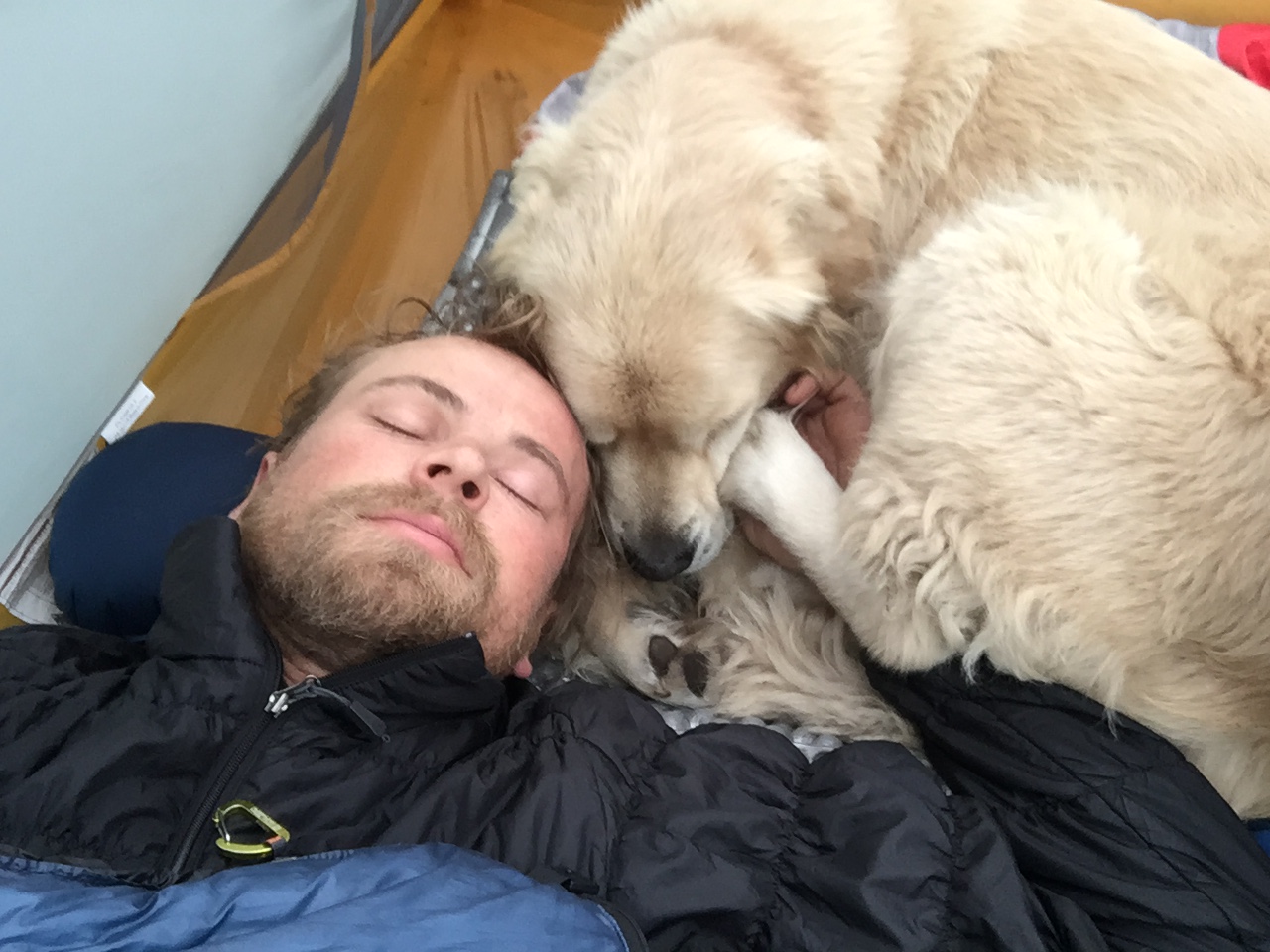